Getting Second Marriage Possible in Islam? 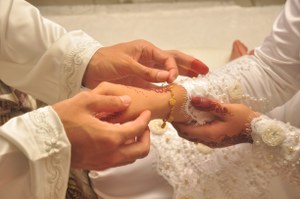 In other religions, it is not allowed to have more than one wife or more that one husband because they would have to practice monogamy which is to be with only one person all their lives. For Muslims however, it can be a bit different. While men still have a choice to only marry one person, there is also a chance that they might want to marry more.

In Islam traditions, men can have up to four wives provided that he will be able to sustain them all equally. By equally, this means that the man has to give equal treatment to all of the wives in their second marriage. Being in favor of one wife over the other can be punishable by Allah so men who do this would also have to be extremely careful not to play favorites or at least, not make it obvious in the eyes of the society.

In Islam, it is customary for people to get married at a certain age. If men still has not found a wife at a certain age, he will then be forced to have a wife that he has never met. Women are usually chosen for men who would need to get married. Usually, men and women have to get married because they see this as a symbol of embracing one’s family. This means that if they are not married, it is like forgetting their responsibility to form a family.

Rule in Marrying More than Once

According to the Islamic law, it is permissible that men can have a divorce whenever they want to which means that all of the decisions will be entirely up to them. There are some changes in Islamic marriage that have been done to it however so now, the court must still decide if the divorce will take place or not.